For a detailed map go
through ihunterapp.com 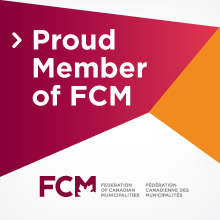 On April 13, 1910 the Minister of Municipal Affairs appointed a council comprised of the following members: John Parker for Divisions 1 and 4, Percy Dickinson for Division 2, Christopher Dickinson for Division 3, Richard Woodiwiss for Divisions 5 and 6.
These four men were our first council. Chris Dickinson was the first chairman and John Parker, the first secretary-treasurer. The first meeting was held in John Parker's house and later meetings were in the homes of the different councillors.
An election was held in the fall of 1910. Our first elected council was for the year 1911.
The area was operated as a Local Improvement District for 1911 and 1912. Then on January 1, 1913 the department made it into a Rural Municipality. We are not sure how the municipality was given the name "Hillsdale", nor how the lands that comprise it were allotted to it. The secretary's office in Carruthers was destroyed by fire in 1922. All municipal records were burned. John Parker held the position of the first Reeve. At first the entire council was elected each year, but later the council members were allowed to hold office for two years; those Divisions 1, 3 and 5 being elected in even numbered years, 2, 4 and 6 in the odd numbered years. This remained the same until 2012 when terms switched to four years.
The early council meetings were held in the different divisions alternately. This meant very long trips for the far-away members. A small hall was built in the centre of the municipality near the Ballinora Siding, SE 34-44-24W3M. With the coming of the railroad in 1923 this hall was moved to Freemont. It served as a meeting place until a permanent municipal office was erected in Freemont. In 1967 this building was moved to the Village of Neilburg and served the municipalities until 1992 when the current office was built. Previous to the first office in Freemont, Alex Paterson kept the office on his farm in the Lilydale District and Jack Young, in his home in Carruthers until the C.P.R. was built through Freemont and Neilburg.
The Municipality has been very fortunate in its choice of persons who have filled the position of secretary-treasurer. They have been very capable and efficient. A great deal of credit is due to them for the splendid service they have given in keeping our municipality records up to date and for the good position of our municipality.
In 1908 the municipal taxes were $3.60 on a quarter of land and were paid directly to Regina. In 1911, for the same they were $6.40 and were paid to Alex Paterson at Lilydale. In 1912 the Municipality began collection school taxes as well. That year the municipal taxes were $8.00 and the school taxes, $10.00. In 1945 the Levy on one quartersection of land was $51.16. In 1980, the same quarter section was $756.45, this now included municipal, school, hospital and fire taxes. Currently, the 2014 Levy on this same section was $600.12.

The first roads were trails across the prairie. Breaking of the land and fencing for pasture gradually forced the usage of road allowances.
The first road improvement was made by breaking strips 15 to 18 feet wide in the middle of the road. This was disced and floated to make it smooth. The small sloughs and ravines were filled in, using teams (horses or oxen) on small slip scrapers. Roads have always been a problem in our thinly populated country, but new heavy duty machines now do the work in hours, compared with weeks by older methods.
Throughout the early years, the prime objective of the Council was to provide an adequate road system. As the demand for better roads increased, the Council of the day improved the road system by constructing with its own crawler tractor and scraper. Then in the fifities, the grid road system was introduced by the provincial govenment. The Council tried constructing roads with their own equipment with limited success because the yardage was so great that one crawler tractor and scraper could not move sufficent yardage to compete many miles of road. Therefore, in 1964 the Council contracted nineteen and eight-tenths miles of grid road in an effort to catch up on the program. Due to the heavy expenditure for this project, the Council decided to ease off on grid road construction until their financial position recovered. However, they did consider the necessity of maintenance. In October, 1966 the Coucil purchased a Massey Ferguson 135 tractor and mower to mow the ditches along grid roads and also municipal roads where possible in the Municipality. Mowing the ditches improved the appearance and saved many dollars by eliminating considerable amount of snow plowing.
The RM continued to maintain and construct municipal roads, however grid roads were mainly constructed by contract. In 1969, a six mile grid road south of Baldwinton was contracted at a cost of eighteen cents per cubic yard for common excavation. In 1969 the first motor grader was puchased equipped with a snow wing and V-plow. In 1971, after a public meeting was held, the Council decided they would assume the complete responsiblitiy for snowplowing. A machine shop was constructed to house the graders in 1972, on the East end of Railway Avenue in Neilburg. In 2009 an addition was made to the shop for additional equipment storage.
Whether it was the times in which we lived or it was the attitudes and enthusiasm of the Reeve and Councillors of the RM of Hillsdale No. 440, the period 1966 through 1976 was a period of progress and many changes.
During the years of 1977 through 1980, the RM equipment continued to build roads including main farm access roads, super grid and municipal road.
In the late seventies, the oil industry became more active in the RM, with the development of approximately 75 producing oil wells and extensive seismic activity, it appeared the eighties would bring increased oil development.

In 1992 the new office was built at 39 Centre Street, in Neilburg. One computer was used to complete some of the tasks done by Administrator, Dale Brydon. With a growing amount of paperwork computers became necessary for keeping track of municipal paperwork. Currently there are six computers used to do all, but a few tasks still needed to be completed by the Administrator and office staff. A Smart Board was purchased in 2010 to facilitate better communitcation throughout council meetings.

The Transfer Station at Freemont was created for use by ratepayers in 2007. This was in conjunction with West Yellowhead Waste Resource Authority (WYWRA).

The RM continues its efforts to stay proactive and maintain our network of roads and make improvments as necessary. The public works staff have grown over the years from two Operators in the winter and three in the summer to a Foreman and four Operators in the winter and six in the summer. The office staff grew as the workload increased too, from just one Administrator to one Administrator, an Assistant Administrator and two employees.

Portions of this history was written by
Vernon Meagher - 1952
Big Manitou Country History Book, Volume I

John Parker was the First Reeve.

Neilburg was an organized Hamlet until 1948, when they incorporated as a Village.

The office was moved to the Village of Neilburg in 1967 to serve both municipalities. The current building was built in 1992.

1969 was when the first motor grader was purchased. Today we own 4 graders.

Freemont Transfer Station was built in 2007.

Over the years there have been many school districts within the Municipality. Currently schools are populated by divisions. Most of the RM is under the Northwest School Division #203. A portion of the South East side of the RM goes with the Living Sky School Division #202.